Banks of the Future – Challenger Banks

If you intend to continue providing financial services in the future, you need to become a hi-tech company. Being just a financial company is not an option.

Surely we are all excited about those digital banks (also known as neobanks, challenger banks, mobile banks and so on). There are big names, including British challenger banks like Revolut and Monzo, and the next best things — Starling, Zopa, Atom и Tandem, Aldermore, Oaknorth…but there are many more in the field. The last decade saw a lot of change. MetroBank started its operations with a bold statement— that it is the first retail bank in the UK established in this century. But now the number of new banks incorporated in Great Britain has exceeded one hundred, and the figure is growing.

And the UK is not the only developing challenger market. Banks are cropping up all over Europe, Asia and the Americas.

In fact, we are observing an omnipresent phenomenon of unprecedented banking services. New players today are starting their activities with open banking in a market where miscellaneous interfaces and applications are intertwined. These are completely different business models, technologies and fundraising techniques.

There are two new banks, in particular, which are extremely interesting and which you have probably heard about: Tinkoff Bank in Russia and Nubank in Brazil.

You have to agree that Tinkoff Bank is interesting. Established in 2006 and listed on the London Stock Exchange, they are profitable. This year the company will make around $600 million profit with a return on equity of over 60%. That’s a little bit better than Revolut. For example, the bank has over ten million customers and is valued at $3.5 billion. Revolut is valued close to $10 billion and has eight million clients, but none of them full-service banking customers (yet).

For example, in the credit card space, it is second only to the dominant Russian state-owned player Sberbank that is not as much focused on technologies.

The Board Chairman of Tinkoff Bank nailed it in a recent interview when he said:

“In our head office we have 2,500 employees, 1,700 developers, designers, testers. In the future, if you’re going to survive as a financial services provider, you have to become a tech company. You cannot simply be a financial company.”

In a similar style, Nubank is a company you may not have heard of, but is also nearing a $10 billion valuation.

Nubank is the most valuable start-up in Latin America, offering credit cards to the unbanked and challenging the financial system of one of the world’s biggest markets, Brazil. The bank has already achieved over fifteen million customers, making them one of the biggest new banks in the world, and growing fast. Between August and October, they’ve grown 25%, and the exponential growth continues. For example, a year ago, they had half this number of customers and are just six years old.

It should be noted that there is a vibrant and dramatic rise of new banks with new banking models rising to challenge the old guard and their old bank models. It is very different to twenty years ago, and twenty years from now, I am sure that we will have seen a radical change to the banking system due to technology.

Getting a Gambling License: Isle of Man vs. Curaçao 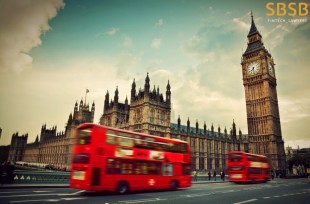 Will the Corporation Tax Rate Change in Great Britain?

Cryptocurrency license in Singapore: how to get, price
presentation.pdf
Our managers will be happy to answer your questions
Write Us or call +3726104206
GET A CONSULTATION