European Commission aims to make Europe an attractive place for start-ups via establishing new politics that regulate crowdfunding. To do so, Commission has already drafted a directive that allow customers to use services of crowdfunding platforms across EU.

The EU has made public a plan that will speed up the advancement of new technologies: AI, blockchain, cloud technologies. At this time the major slowing factor for crowdfunding in Europe is every European country have its own rules towards start-ups, which are not always advantageous. In order to improve the situation European Commission has drafted a regulation that enables an EU-wide access to customers for crowdfunding platforms.

New laws aim to make the markets safer and more open for entrepreneurs. Crowdfunding platforms will be able to provide their services much more easily with a unified regulation across the entire EU.

The European Commission regulation establishes a EU set of rules according to which a crowdfunding platform can obtain a special license that will allow operating across the entire union. According to the draft rules crowdfunding programs can raise a sum of up to a million euros over the period of 12 months. Raising higher, however, comes under the EU’s existing laws.

British crowdfunding platforms are starting to search for new authorities to obtain EU licenses because of the Brexit. The United Kingdom with its own policies on crowdfunding will leave EU soon and it’s quite obvious that British companies will be unable to provide their services to the EU customers from the UK. Seeing as one of the largest EU markets is going to leave the bloc it is essential to establish capital markets throughout the EU.

British companies are already beginning to search for alternative jurisdictions, trying to keep the market of half a billion customers. When the regulation will be approved, it will allow platforms to act across the EU according to a unified set of rules. Additionally, it will also ensure the security of the crowdfunding platforms investors.

The regulation will benefit start-ups and small enterprises the most, allowing them to present their projects online and providing financial gains to the investors. At this point in time it is not easy for crowdfunding platforms to spread its activity to other European countries. The EU market is split and EU crowdfunding is inferior to many other world economical leaders. This is due to the lack of a single set of rules throughout the EU which makes expanding to other countries difficult and increases overall projects costs. 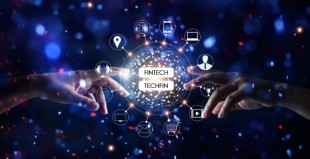 Changes in the Financial Monitoring of Crypto Assets in Great Britain: What is in Store for Crypto Businesses 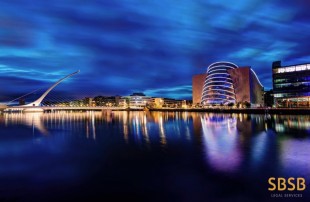 How does one get a payment license in Ireland?
presentation.pdf
Our managers will be happy to answer your questions
Write Us or call +3726104206
GET A CONSULTATION