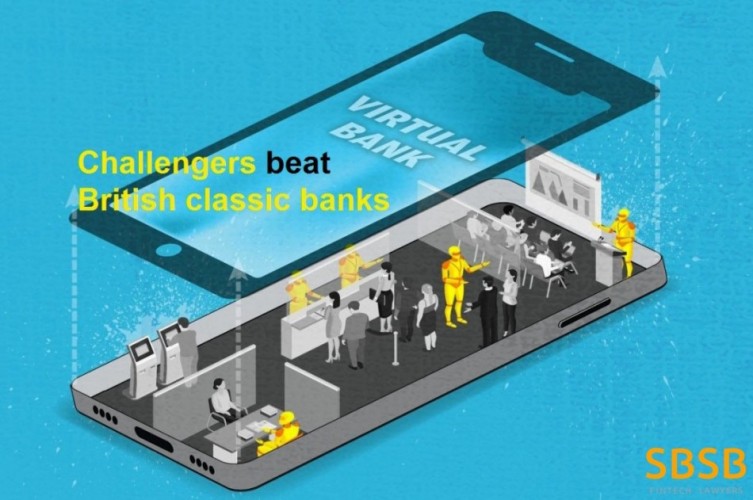 Why British Neobanks are Ahead of Traditional Banks

For decades the British payments market had been dominated by several financial giants but the situation somewhat changed in the last few years. New British market players offer attractive and simpler conditions for account opening and maintenance. Indeed, many traditional British banks are already lagging behind their competitors in terms of digital technology.

The newcomers like Starling, Monzo and Revolut have quickly got the attention of millions of users. According to latest research, 44% of the British will completely move to digital banks in the next 5 years.

The UX expert Peter Ramsey undertook a study to determine whether neobanks really offer a simpler account opening process. He applied to 12 banks and discovered substantial differences between service providers.

It took just two business days to set up an account with Monzo and Starling, the digital banks, while with HSBC it took 36 days.

As for the number of clicks required to create a user account, three entities — Revolut, Starling and Monzo — took the lead, ranging from 24 to 45 clicks, while over 120 clicks were required for the classic banks.

Neobanks’ mobile applications enabling users to create their accounts quickly are the key reason for that disparity. An interesting fact: only one traditional bank, namely Barclays, offered the same capability. Other banks demand users to visit their website to activate the user account.

Neobanks are also ahead of their competitors with immediate Apple Pay access: their customers can use cards before they are actually delivered to them. Thus, it is possible to set up an account with Monzo, Revolut and Starling quickly, even though your account becomes fully accessible in a few days.

Digital verification is another domain where traditional banks lag behind the digital ones. Co-op, first direct, HSBC, Lloyds and Santander do not use the technology although it saves customer time significantly. Besides, neobanks require clients only to disclose their current address while traditional ones demand at least one previous address.

Peter Ramsey concludes that the account opening process with neobanks is substantially easier and quicker than with classic banking institutions. So unsurprisingly the British (and not only them) increasingly prefer digital banks.